We offer guaranteed lowest hospital prices at leading hospitals in Istanbul, Ankara, Antalya and other cities in Turkey. 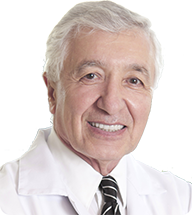 Dr. Kalayoglu started his career in Turkey in 1972. In 1981 he moved to the US first as a visiting professor at Pittsburgh University, then at Wisconsin University. In 1984 he became the head of liver transplantation programme at Wisconsin. He moved back to Turkey in 2006. He is currently the Head of General Surgery and Organ Transplantation at MEMORIAL Hispital in Sisli, Istanbul.

How Liver Transplantation is Carried Out

Transplanting liver from a live donor involves up to two surgical teams working simultaneously on two patients. Diseased liver from the recipient is entirely removed and replaced by a piece of healthy liver from a live donor, typically a relative of the recipient. While this procedure is long (up to 18 hours) and exceptionally complicated, the success rate in recent years is astounding. Typically, death or serious complications occur in less than 0.5% of the cases globally. In Turkey, where only a few hospitals have the necessary government license for organ transplantation, death after LDLT procedures occurs in less than 0.1% of all cases.

Typically, up to 70% of the donor’s liver can be transplanted to the recipient. Donor’s liver will regenerate almost completely just 2 months following a liver transplant.

While the success rate is undeniably impressive, it is partially explained by extremely strict requirements for a patient to be even considered for a liver transplant.

Live liver donor has to be older than 18 years of age. There is not upper limit on the donor’s age. The most important factor is the condition of the donor’s liver, as well as compatibility of the donor and recipient’s blood types.

Following a liver transplant, there is risk of the recipient’s body rejecting the donor organ. It is typically caused by anti-donor antibodies and can happen at any point after a transplant (minutes to months following the procedure). This risk is mitigated through the use of immunosuppressive agents.

Get a price quote

Fill out a simple enquiry form and get quotes directly from Turkey's leading hospitals. We guarantee the lowest price and zero commission.

request a quote in 60 seconds

Call our offices in Turkey at local rates

From US and rest of the world

WARNING: This website might contain general information about medical procedures. The information is not advice, and should not be treated as such. The medical information on this website is provided “as is” without any representations or warranties, express or implied. If you suspect that you are suffering from a medical conditions, you should contact a physician immideately.
Copyright © 2014 Primedico Healthcare Services Ltd. - All Rights Reserved
mail@primedico.com